Steph Brownbill is an 18 year old show jumper and has a string of young horses which she is currently producing.

As a junior rider she competed up to 1:35m level and was selected for the Welsh Show jumping team on 7 occasions, winning 2 gold medals and a bronze. She has competed at Hickstead and Olympia and other premier shows.

Steph is a BHS stage 3 qualified rider and groom and has obtained 4 diplomas including an accredited level 3 diploma in Sports Psychology.

She instructs most days and often recommends Protek to her clients and uses it to keep her own horses on top form.

Steph is excited to be part of the Protek team as she is already a huge fan and looks forward to promoting it further.”

Looking forward to working with you Steph.

“I think most competition riders are concerned about the possibility of their horses developing stomach ulcers. We put our horses under a lot of stress travelling, staying away from home and competing. We all tend to look for ways to reduce the impact of this stress and reverse the issues caused by it.

After reading good reviews from various professionals and being recommended it by several people I trust I decided to try Protek with my own horses.

I have now been using Protek for several months and have noticed a definite improvement. I would definitely highly recommend Protek.” 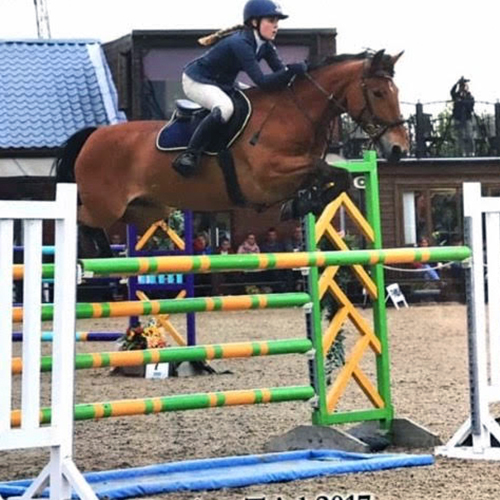 Vikki Pengilly runs a successful dressage yard in the Vale of Glamorgan, producing dressage horses and ponies for competition and sale.

Vikki has competed successfully up to Inter 1 level with Regional titles and many wins/placings at Premier League shows.

Vikki has a string of exciting up and coming young horses; one being our sponsored horse
Cynheidrefawr Isaac

I use Protek and what a difference it has made to my horses health and condition!

We used to struggle, as some of our horses used to get a bit of an upset stomach when going to shows, or travelling – but Protek has helped to keep their digestive system relaxed; which in turn, has helped to maintain weight and condition.

It’s also great to know that it is a natural product so there are no nasties getting into our horses body.

It’s fantastic to know that my horses feel as good on the inside as they look on the outside. 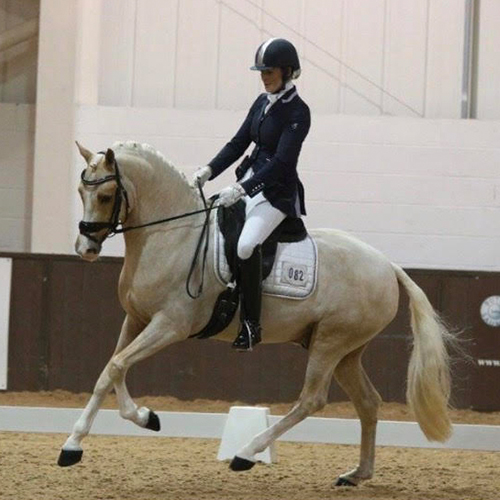 Team Moore is a family run yard based on the grounds of Cholmondeley Castle in the heart of the Cheshire countryside. Specialising in producing Show Horses and Intermediates they have had numerous wins and placings at both Horse of the Year Show and Royal International Horse Show. Currently on the yard the team has 14 Horses varying from 148cm Show Ponies up to Large Riding Horses and Hunters.

With a long-established background in showing, working hunters and eventing, Nicky founded the team following the reintroduction into showing via Jack and Harry. From here the team, consisting of Nicky, Nick, Jack, Harry and Georgie, has developed a strong client base and is now in the process of developing their bespoke yard, specifically designed for the needs of show horses.

All of the team members have strong routes to the Pony Club, all of them starting their riding careers as soon as they were old enough to be members, Although Georgie is still in her final year at school, she has long been the resident pony jockey as well as competing in working hunters and pony club show jumping. The schooling of horses is split between Harry and Jack, with them both undertaking the teaching of clients as well.

Alongside working on the yard Harry is currently in his second year of his degree in Equestrian Sport Science at Chester University. Jack works full time on the yard whilst also teaching at the local Pony Club and clients in the local area. He already holds; a degree in Equine Sports Science, his Pony Club AH test and a UKCC Level 2 coaching qualification as well as being a BSPS Ride Judge. Both Nicky and Nick undertake the show preparation at both home and shows, Nicky combines this with judging duties as a BSPS Starred Judge for Heritage and Heritage working hunter ponies whilst Nick is a Chief steward at number of key shows throughout the season.

We’ve been using this 3 in 1 Supplement for about 4 weeks now and can’t believe the difference it has made in our horses.

Horses that we believe to of shown symptoms of developing ulcers appear far happy and relaxed, along with alleviating the symptoms.

We are really looking forward to working with these guys this coming season.

This is Cole Burgess Ambassador for Protek. He is 12yrs old from stormy down, Bridgend. He competes show jumping BS.

What makes this young lad Cole even more amazing is he’s reg severely sight impaired with a condition known as oculocutaneous albinism.

Ollie his youngster is looking and feeling amazing on our supplement. Providing the right balance for the horses well being.

The only supplement you’ll ever need. 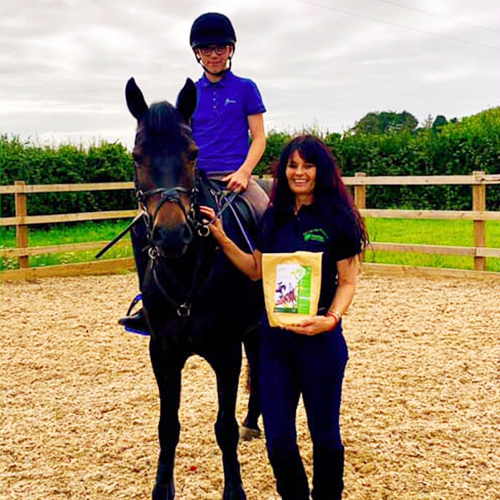 Jodie cairns is a 17 year old show jumper who has had a partnership with her 9yo Dutch warmblood gelding for 3 years. She has competed successfully up-to 1.15, with many placings, and is aiming to go further.

With her horse Gigolo (frankie) she qualified for HOYS coming 2nd in the bronze league semi finals. Competing at HOYS at the age of 15 being the youngest rider and having the youngest horse in the class. 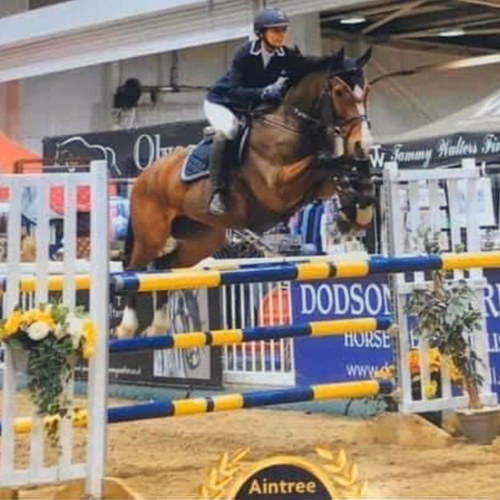